Well, now this is happening and it looks like we’ll all be spending a lot more time indoors in the coming weeks and (yikes) months, meaning we’ve got tons of time to catch up on our favorite Youtube channels. Here then, in no particular order or number (meaning I’ll stop when I’m bored and ready to do something else), my own favorite Youtube channels & content producers, with enough detail / amusing backstory to let the reader / viewer know what to expect. 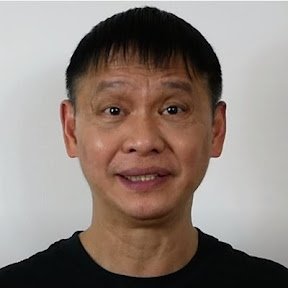 Austin Goh is my internet Shifu, and he should be yours too. The Malaysian martial artist teaches a enough exercise techniques his through short, easy to follow videos to keep you in good shape while quarantining indoors. Just type “Austin Goh + (body part) or (symptom)” into the Youtube search bar and follow along. In two weeks you should start to feel better. Heart, lungs, lower back, kidneys, anxiety, eye-strain, insomnia. You name it. Austin Goh is a godsend. 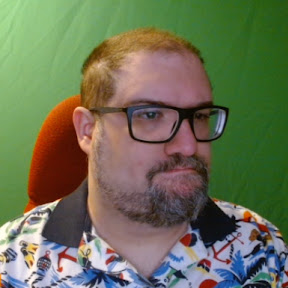 I found MovieBob several years back after Google searching “Boston Accents” to get my girlfriend acquainted with the distinctive patois of my sister’s family in Western Massachusetts prior to a planned visit at the end of 2016. Then trump got elected and we cancelled the trip, but we became fast fans of Bob Chipman aka MovieBob, whose take on cinema, comics and society is always worthwhile. He’s got a number of channels these days, including The Big Picture, Escape to the Movies, and probably a few others. We were going to meet for Chinese food when I was back in Boston last autumn, but it didn’t happen. Are restaurants even open in Boston now? Anyway, yes, big shout out to MovieBob (and his brother Chris, aka The Chippa).  Wicked smart stuff!

Exurb1a‘s output cannot be summarized,  thumb-nailed or categorized. I have theories about who Exurb1a might be. British, certainly, but an expatriate, living in Norway or perhaps Bulgaria. It doesn’t matter. Exurb1a is a poet, philosopher and visionary. His videos are sometimes bizarre, generally erudite, at times confusing but nearly always uplifting. Just visit his page and click away. Clear your schedule.

OK, so Crash Course Astronomy with Phil Plait, AKA The Bad Astronomer is part of the larger Crash Course series. Very high production value, and Phil Plait is exactly the kind of science nerd who makes learning fun. I may revisit the whole series again before diving into another subject. Why not? We’ve got nothing but time (until we don’t).

The Ryan George is best known as one of several identical twins/triplets behind Screen Rant’s Failed Pitch Meetings, whose catch-phrase “Super Easy Barely and Inconvenience” is now forever a part of the global lexicon. But the talented identical octuplets from Canada have way more up their collective sleeves, releasing video after video exploring important issues like “the first guy to ever steal something” and “why wishing your cat could talk is a bad idea.” Check it out!

Extra Credits is another learning hole well worth diving into, offering simple animated videos on subjects ranging pretty much all over the map of stuff worth knowing. History, science, philosophy, literature, mythology…you name it. I’m hoping to learn animation skills like this for an upcoming project.

OK, this browser window has been open way too long. Anyone out there remember how time used to work before the quarantine? Anyway, that should do it.  Of course there’s always my Youtube Channel, which is a mixed grab-bag of videos I’ve made over the course of my travels.

This entry was posted in Uncategorized and tagged lists, quarantine, YouTube. Bookmark the permalink.

This site uses Akismet to reduce spam. Learn how your comment data is processed.